Luxury development of detached villas for sale only 300m from the beach in Torre de la Horadada.

Luxury development of detached villas for sale only 300m from the beach in Torre de la Horadada. 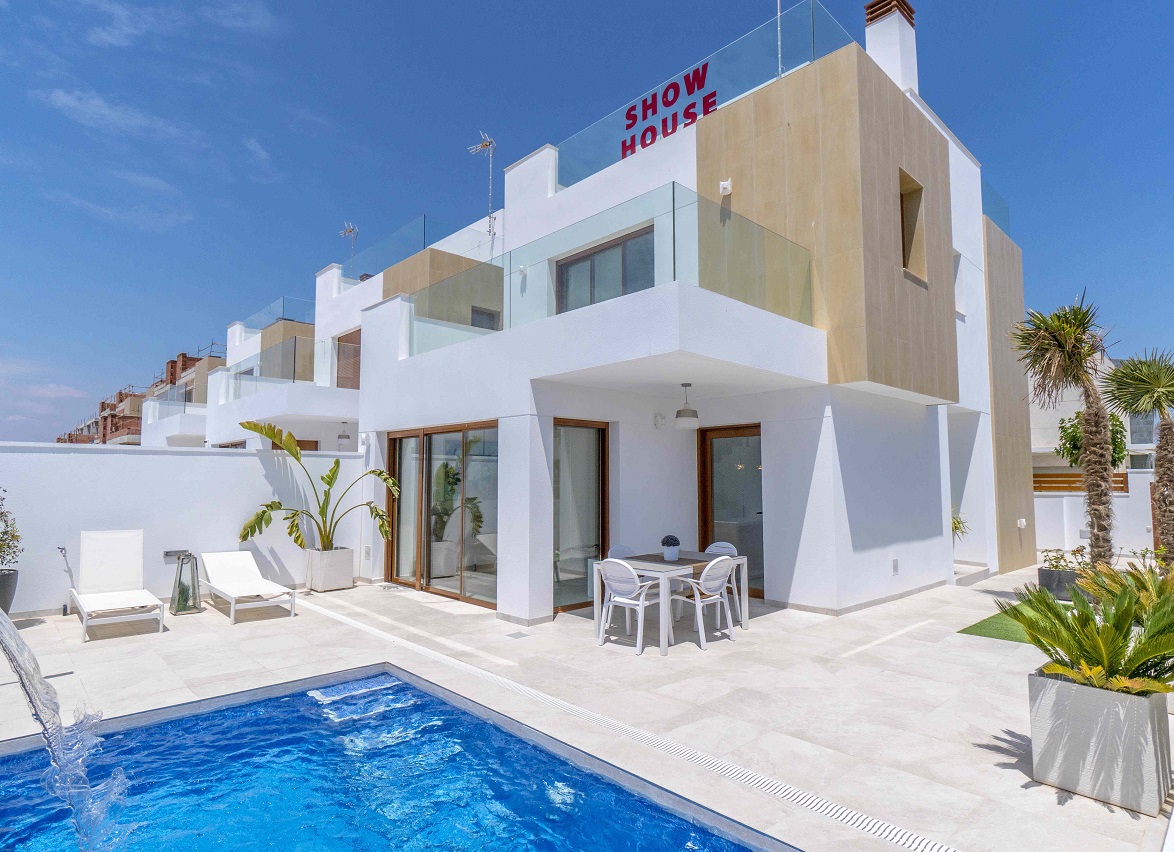 Located in one of the most beautiful parts of the Costa Blanca, Villa Beach is a luxury development of 21 detached villas nestled between Torre de la Horadada and Pilar de la Horadada, only 300m from the beach.

With a fantastic location offering 2,500 hours of sunshine a year, Villa Beach makes for an all-year-round paradise. The nearest beach of Las Higuericas is only a stone’s throw away, providing plenty of restaurants for a pleasant meal or refreshment with a view of the Mediterranean Sea. For local amenities, you’ll find Pilar de la Horadada only 1km away, with two large shopping centres and several prestigious golf courses in the surrounding area.

A delightful coastal resort, Torre de la Horadada is conveniently located only half an hour’s drive from Murcia’s regional airport and just 50 minutes from Alicante Airport. The town offers plenty of local conveniences and attractions, such as supermarkets, a cinema, beautiful parks, and a great choice of bars and restaurants centred around Plaza Nueva, the town’s new commercial centre.

Torre de la Horadada’s name is taken from its spectacular 16th-century watchtower, which used to protect the inhabitants from pirate raids, many years ago. The town’s low-rise buildings and wide promenades along its golden beaches give a distinct charm with an open, airy feel.

Abundant with sea life, the shores of this little town are a popular location for diving and snorkelling or for simply enjoying the areas many blue flag beaches. There are several walkways to explore on this beautiful stretch of coastline. At the town’s impressive marina, you can relax while watching boats sail in and out all day long.

A short drive away, you’ll discover even more attractions, such as award-winning golf courses, charming Spanish villages to explore, and Zenia Boulevard, the largest shopping centre in the province of Alicante.

Spain’s largest saltwater lagoon, Mar Menor, is just moments away from Torre de la Horadada. The local natural parks are home to a rich variety of birds and other wildlife. The lagoon is also famous for its water sports, due to the pleasant climate, year-round warm waters, and long sunlight hours.

The area has a thriving expat community, with English widely spoken locally and in the surrounding resorts. No matter the type of home or property investment you’re looking for, Torre de la Horadada offers the complete package and is becoming increasingly popular amongst Costa Blanca property hunters. 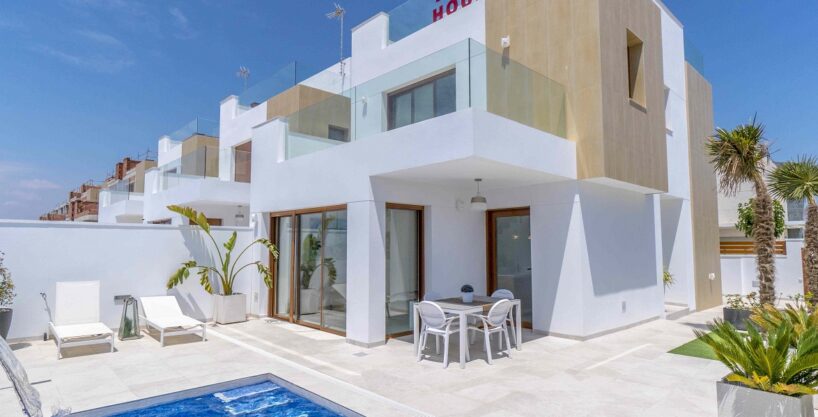 Mediterranean style villa for sale near the beach in Punta Prima.

SOLD!! Mediterranean style villa for sale near the beach…

Spectacular detached villa for sale within walking distance to Los…

Both the prices and the availabilities indicated on this website may be subject to change without prior notice.

Luxury groundfloor apartment for sale with a breathtaking sea view in Villamartin.

Luxury groundfloor apartment for sale with a breathtaking sea view…

Penthouse for sale with sea views from the terrace and solarium near Campoamor beach.

SOLD!! Penthouse for sale with sea views from the…

Beautiful semi-detached townhouse for sale in one of the most beautiful urbanizations in Aguas Nuevas, Torrevieja.

Beautiful semi-detached townhouse for sale in one of the most…

Apartment with magnificent sea views for sale in the prestigious urbanization of Terrazas de Aguamarina.

This website uses cookies to improve your experience while you navigate through the website. Out of these cookies, the cookies that are categorized as necessary are stored on your browser as they are essential for the working of basic functionalities of the website. We also use third-party cookies that help us analyze and understand how you use this website. These cookies will be stored in your browser only with your consent. You also have the option to opt-out of these cookies. But opting out of some of these cookies may have an effect on your browsing experience.
Necessary Always Enabled
Necessary cookies are absolutely essential for the website to function properly. This category only includes cookies that ensures basic functionalities and security features of the website. These cookies do not store any personal information.
Non-necessary
Any cookies that may not be particularly necessary for the website to function and is used specifically to collect user personal data via analytics, ads, other embedded contents are termed as non-necessary cookies. It is mandatory to procure user consent prior to running these cookies on your website.
SAVE & ACCEPT